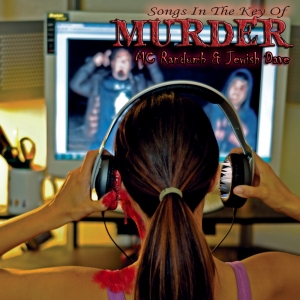 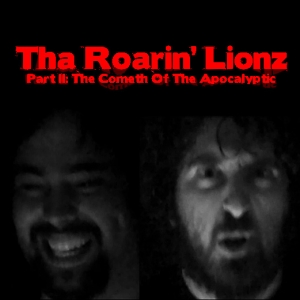 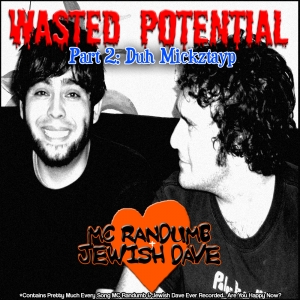 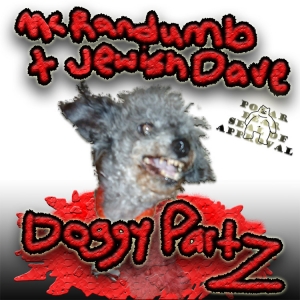 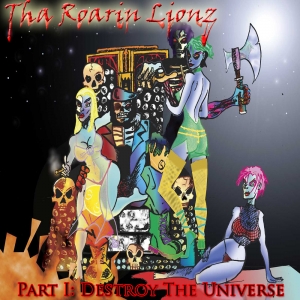 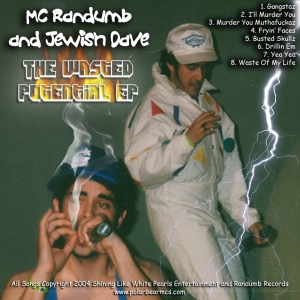 Links About Murder (And Us):

The True Story About The Murder:

Jewish Dave had always been the group’s leader, as well as creator, producer and manager. The fall of the original lineup wasn’t going to stop him from writing and recording, so he teamed up with the group’s biggest star. MC Randumb is a maniacal, high-energy character, best described as somewhat of a rapping mix of an 80’s heavy metal group and the Tasmanian Devil.

Together, the duo bring to the world a sound that is a cross between Mobb Deep and the Jack Black-fronted comedy rock group Tenacious D. The music is scary, eerie and menacing with a hardcore beat that any true rap fan will love. The lyrics are ridiculously over-exaggerated, cliché-filled gangsta rap about murder, street life, animals and sex… in no particular order!

MC Randumb & Jewish Dave were getting ready to release a debut album titled “Doggy Partz” when MC Randumb ended up having to move away to persue real life. It was to be the follow up to their “Wasted Potential” EP, released in December 2004, as well as the original Tha Polar Bear MC’s (aka The Killa Korpse Gangstaz) LP, “I Hope U Melt,” released in September 2002. Since they won’t ever have the time to finish the album, they decided to release this album, “Wasted Potential 2: Duh Mickztayp” as a way of releasing all the music they had previously worked on (it includes most of the songs that were on the first “Wasted Potential EP” as well as all the new songs they had finished for “Doggy Partz” and more).

After 3 “reunion” shows, MC Randumb & Jewish Dave have slowed down a bit on the live performance front. After all, it’s hard to schedule shows when Jewish Dave lives in Las Vegas and MC Randumb lives outside of Portland. But once a year for the rest of time, you will be able to pass a dingy bar and hear the words “Murda You Mothafuckaz, Murda Murda You Mothafuckaz” coming from the dark insides and know that you shouldn’t be scared… You should smile… But then you should probably be scared of that big guy with the knife…

ALSO PLEASE NOTE! If you came here looking for Tha’ Roarin’ Lionz, they have gone back to their own time. From what we understand a dragon, some undead skeletons, 2 wizards (one white, one black), an ogre, 3 goblins, a couple wyverns, 2 red wraiths, 2 blue wraiths, 100 grunts, 20 devil dogs, a dozen blobs, and 2 magic bison were attacking their home village so they used an oracle stone to transport back to their time and defend their home. We wish them luck in their journeys. They told us not to fear, however, as they would be back soon for the noble adventure of setting up their own Myspace page. So anyone who comes here looking for such Roarin’ Lionz classics as “Walk The Dinosaur,” “The Summer Is Magic,” “Do Da Conga” and “The Final Countdown,” don’t fear, those songs will be made available one day… As soon as their families are free of the torment brought on by Lord Azathor and his dark minions.